Cellars — other than possibly for wine — don’t feature much on the list of must-haves for a des-res these days. However, they were once essential. (Same as shoe-scrapers.) A fire, after all, was the only method of keeping warm in the winter. For a fire, you need coal. When you have coal, you need somewhere to store it. The coal cellar.

Coal came from underground mines, onto delivery vehicles, and was hoisted into your cellar maybe once a week. During the twentieth century, however, coal fires fell out of fashion. Partly because they contribute to air pollution. Around 4,000 people died in London in the Great Smog of 1952.

Partly, also, because a coal fire demands dirty work. Every morning in the cold, you have to clear out the ashes of the previous day’s blaze. Then you have to make an artful arrangement with paper, wood and coal to get the new one lit. Once or twice a year, you’d have to invite a chimney sweep, as well, to remove all the soot so that your entire house didn’t turn into a conflagration.

Also, the fire heated one room. If you wanted to heat other rooms, you’d have to make fires in them, too. Or just wander off to bed and hop under the covers smartish so you didn’t get frostbitten before falling asleep. No wonder people turned to the modern marvels of central heating. A radiator in every room! Luxury.

The coal cellars may still be there but they’re probably storing items other than coal at present. You can still see evidence of their original use on the streets, however.

This is an entrance to a coal cellar made by John Every Ltd of The Phoenix Iron and Steel Works in Lewes.

The person delivering the coal would open up the lid and pour down however much coal the householder was buying that week.

Unlike some helpful utilities, coal cellars don’t always announce themselves but if you see a circle on the city streets bearing the name of a local foundry, then it’s likely coal once lived beneath it.

Like Rediffusion, British Telecom, or even the dear old Post Office Telephones: another ghost beneath our feet. 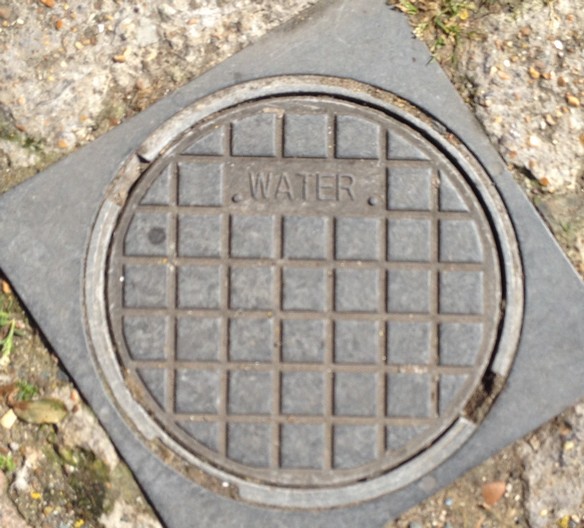 Some ghosts helpfully announce their purpose

One thought on “Coal cellars”